After seeing the positive effects on other crops, the farmer added SumaGrow (referred to as ExploGrow in report) to his normal fertilizer program, treating all his potatoes. He left no control areas, comparing only year to year results. SumaGrow was applied by pivot irrigation between 8 and 10 liters per hectare. 88 tons per hectare were achieved on one of the 18 potato lands.

Remarks from the farmer:

The farmer invited us to bring any serious potato farmer to “come and see for themselves”.

The photos were taken on a different potato farm in the Limpopo Province. The potato plants in these photos were also treated with SumaGrow with a special blend of beneficial soil microbes. The owner of this potato farm was also particularly impressed by the large sizing that resulted in a better overall yield. 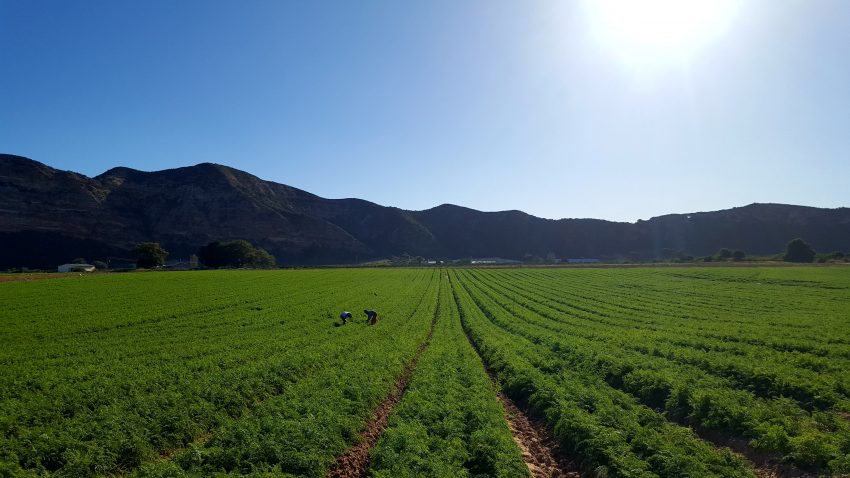 On average ExploGrow™ (SumaGrow) out-performed every untreated Carrot farm land by 12.8% (8.02 tons per hectare), however there was a very big quality difference in terms of marketable Carrot quality.

The improved quality of the ExploGrow™ treated Carrots enabled the farmer to deliver +28.71%more Carrots “fit for market” compared with the untreated Carrots as illustrated below: 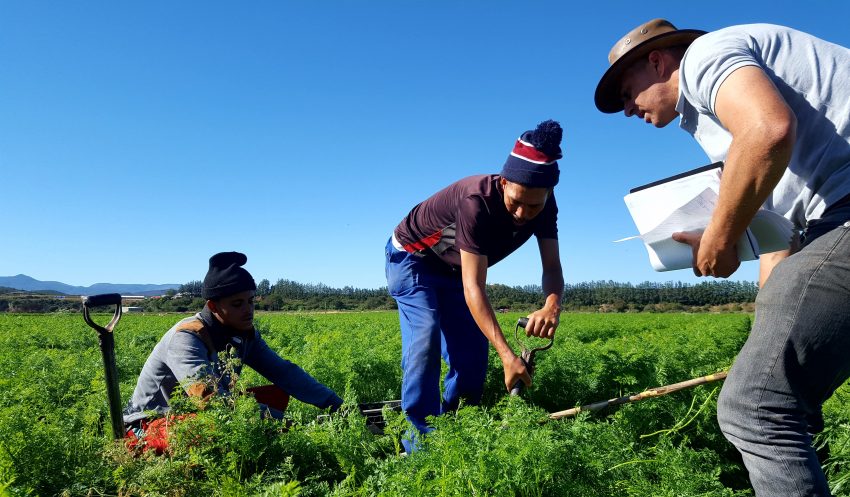 On this particular farm, the soils have high concentrations of crop damaging Root-knot Nematodes.

Small trees in the nursery treated with Explogrow (SumaGrow) which were on the left, dramatically outperformed the untreated trees on the right.

SumaGrow trees produced an estimated 10kg extra per tree, compared with the untreated trees. This increase equates to an average of 25kg added production per tree, signifying a 40% improvement in mass.

The size of the Pecan nuts is also dramatically better. This places the product in the top category, resulting in the farmer being paid $0.85 more per kg, equal to a financial gain to the farmer per tree of around $21.

SumaGrow’s microbiologist is confident that similar results will be obtained with all the nut varieties grown in South Africa.

The competition for hectares between soybeans and groundnuts.

Groundnut is a major oil-seed crop in South Africa. About 200,000 ha are planted annually, producing an average yield of 1,000 kg/ha. In South Africa, Groundnut yields are not only limited by low and late summer rains and poor soils, but also by many diseases including those caused directly or indirectly by plant-parasitic nematodes. Indirect damage may include increased secondary infection by fungi and reduced nodulation and nitrogen fixation. SumaGrow has shown to be effective in significantly alleviating the underscored factors.

Joyful Farms is located in Hemet, California, where 37 types of Chinese vegetables like bok choy, mustard greens, nira, etc. are grown. Aidy Yang was hired to rehabilitate the soil and he began using 5 gallons of SumaGrow on 5 acres of their Long Run field with no other inputs. On the Short Run field, Aidy would use 5 gallons on 8 acres and reduced his fertilizer inputs by one half.

Harvesting actually began 9 days earlier than normal and the stems were thicker than normal in many cases (shown on the right). The mustard greens shown below are a 60 day crop, but 5% of the crop were ready to be harvested 10 days early.

The 5 acres of the Long Run fields (on the right side) that received only SumaGrow did not do as well as the fields that were treated with an organic fertilizer (left side).

On October 17th, Aidy applied 10 gallons of SumaGrow with no inputs to the 15 acres of the Long Run Fields. The fields were planted with Baby Bok Choy, Yu Choy and Mustard Greens. Organic fertilizer (chicken manure) was applied to all 15 acres at half the normal rate.

Aidy returned to the Joyful Farms on December 5th to visit the Long Run Field and he was greeted with a green carpet of crops. The workers were thrilled because there were no weeds and

they had experienced a much faster harvest times on the Short Run Field and were also looking forward to harvesting the Long Run field. As you can see, the Long Run Field did very well.

The findings from the data show that the application of SumaGrow (referred to as SumaGreen in report) at the rate of 1.66 GPA provided approximately 125lbs of Nitrogen for plant uptake. SumaGrow solubilized the high supply of phosphorus in the soil making it readily available to the plant and increased the uptake in the plant dramatically. SumaGrow also reduced the removal of potassium from the soil by 88lbs and left 26 lbs. of nitrogen available for the wheat crop.

Zucchini – The crop had an increase yield of 13.5%. Due to heavy rains, 20% of the crop was drowned out during mid harvest and the remainder of the field was overcome by disease and shortened the life of the crop. Despite that, the quality of the crop was much better. Adding the 20% loss of crop, the increase in yield would have been 39.5% if crop was not lost.

Soybean – Where SumaGrow was applied in furrow population final stand was increased by 12.5%.